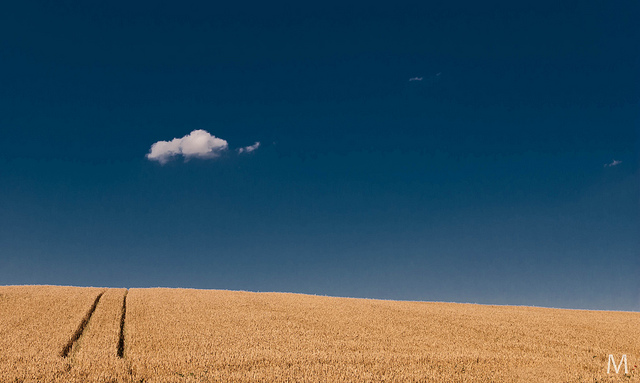 The answer seems obvious, right? Of course not! But the book of Genesis, and the commentaries known as midrashim have a different take on it.

When the sons of Israel are going down to Egypt to break the hunger, Israel (previously known as Ya’akov = Jacob) is old and sick. Yosef = Joseph (יוסף) , his son, is already the deputy to the the king of Egypt, and is a father of two sons: Menash’e מְנַשֶּׁה and Efraim אֶפְרָיִם.

Yosef gets the message that his father is sick and takes both sons with him to visit his sick father.

And Ya’akov has been told: “Here your son Yosef is coming for you: And Israel got stronger and he sat on the bed”.

From Ya’akov to Israel in One Verse

Here we can ask a question: Why in the beginning of this verse is the father of Yosef called Ya’akov and at the end of the verse he is called Israel ?

So one person has two names: The first one he got as a baby Ya’akov, and the second, Israel, he gained after he beat the angel of death.

Going back to our question, when the father of Yosef was sick, he was lying in bed and was ‘little’ because when lying down the head and the legs are in the same height.

When Ya’akov hears that his son Yosef is coming to visit him he is getting stronger and manages to sit on the bed. Now when sitting up, the head is higher than the legs, and the bible named him Israel.

Now we can ask why Yosef’s visit made such an enormous change in him that not only he changed the position in bed but the bible named him Israel ?

What does Yosef have that none of his brothers has?

“Those are the annals of Ya’akov Yosef.”

This means that from all sons of Ya’akov,Yosef had the similar qualities like his father. Or as the famous idiom says:“Similia Similibus Curentur”: The basic principle of homeopathy, known as the “law of similars”, is “let like be cured by like.”

This is why when Ya’akov saw his son Yosef he fortified, sat on the bed, and was named Israel. Because when two similars meet they become stronger and unite as one.