Today I would like to share with you the story of Judah and Tamar in a nutshell.

Sometimes the plot of life becomes so complexed and incomprehensible to the common mind, that only a remote perspective will offer a new horizon. This is the case of Judah and Tamar. After selling his brother, Joseph, to a caravan of Ishmaelites going down to Egypt, Judah marries a wife. She gives birth to three sons: Er, Onan, and She-lah. Judah takes a wife to his son, Er, her name is Tamar. But Er does not behave well, and he dies. According to the ancient law, his brother, Onan suppose to impregnate Tamar, but he refuses and dies too. Judah is afraid to lose his third son, Shelah, and asks Tamar to return to her father’s house and wait until Shelah will grow up.

Tamar waits patiently, but since She-lah is not given to her as promised, she looks for Justice. She dresses like a harlot, covers her face, and waits for Judah on his way to shear his sheep. Judah does not recognize her as his daughter-in-law and comes to her. Three months later Judah is informed that his daughter-in-law is pregnant from harlotry. Judah wants her to be burnt. But Tamar takes out the signet, the cords, and the staff to prove that Judah is the father.

Good life to all, 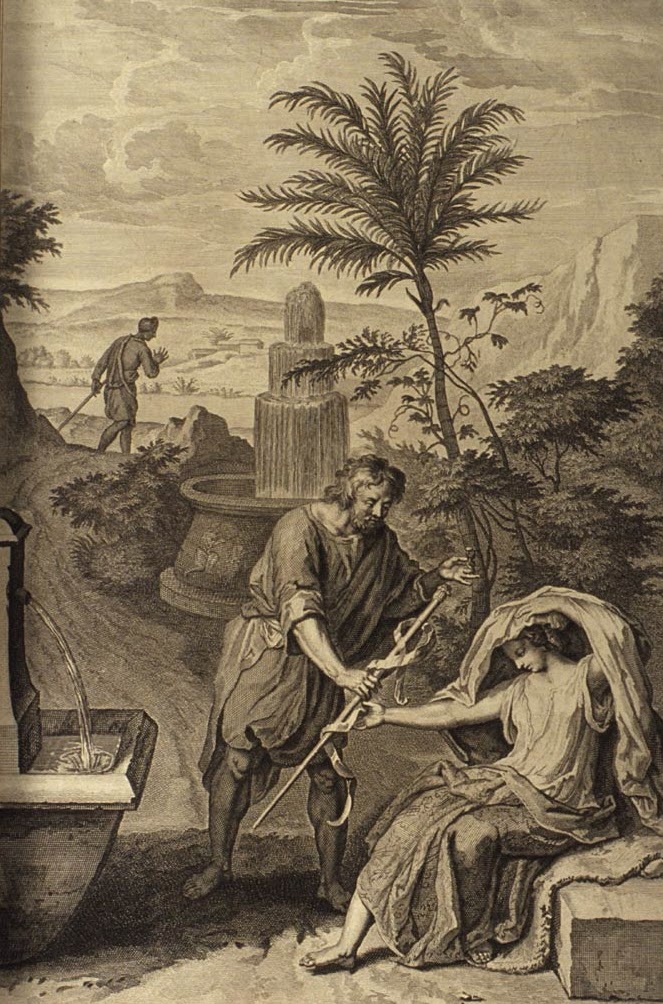 I don’t quite understand. Tamar represents the concealed tree of life but this is the part where I stumble. What do Judah, Onan, and Er represent that they must be separated from her for the tree of life to be revealed? Do they represent the chaff? Judah had the signet ring, the rod, and the cord which Tamar obtained from him as a pledge. Lev 18 also says – you shall not uncover the nakedness of your daughter-in-law, which is what Judah, albeit because of the veil, did not know. There is more to this, but I’m struggling to grasp what you are revealing. If you can explain further, it would be much appreciated. Thank you and Shalom!

Answer: Judah is the fourth son of Leah. Leah represents the night, the moon, or the unconscious. She as well is given under the cover of the darkness of the wedding night to Jacob. It was only in the morning, when the sun was rising, that Jacob discovered that she was Leah, and not Rachel, as he thought. Judah represents the darkest part in the human unconscious, he sells his brother, Joseph, for slavery. His unconscious streams to his sons Er and Onan. All three of them are a reflection of an unconscious chain. The values of their names together sum up to 407. The representation of a moon cycle. There are 4 weeks (7 days in a week) in a moon cycle. On the other hand, Tamar represents a high conscious level. Moreover, the value of her name in Hebrew is 640, as the value of the sun in Hebrew. Now, the distance between the sun and the moon, or the conscious and unconscious, creates life.