Before we answer this question, we have to ask even more profound questions:

2) What is the counting of the Omer ?

I shall try to answer these questions one by one, and build a general picture. Please feel free to comment or ask your own below.

1) As for the first question, what is the Omer ? 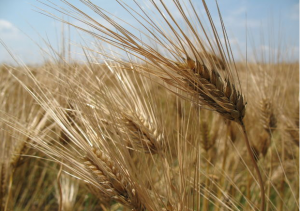 The Omer is a bulk of a few of spikes bound together (in the volume of 4 liters), that the Hebrew people were asked to bring to the temple as a sacrifice the first day after Passover in spring time (April).

2) The counting of the Omer, is the process of counting 49 days from the day after Passover to Shavuot. Generally we count down seven weeks, 7 X 7 = 49 days. On the 5oth day from Passover we celebrate Matan Torah/Shavuot, the day we received the Torah.

The counting of the Omer is a personal call for a count down, for a clean up, for a preparation, and purification from self-centered life. By participating in the counting of the Omer we are reflecting an inner process of looking inside, and day by day, by counting, we take out, symbolically, another particle of self-centered life. When we finally completed the count down, we are ready and prepared for receiving the Torah (-> Matan Torah).

3) What is Lag BaOmer ? Lag BaOmer is the 33rd day of the Omer. In Hebrew we avoid counting in numbers, since using numbers represents limitation and conviction. To avoid conviction by counting, we use letters instead of numbers. This system known as Gematria. The first 10 letters represent the first 10 numbers:

So according to this equation ל”ג בעומר Lag BaOmer is the 33rd day of the Omer! And to connect back to our major question, Why do we celebrate Lag BaOmer ?

There are few answers:

1) Lag BaOmer is traditionally considered as the demise date of Rabbi Shimon Bar Yachai, who composed the famous Torah-commentary known as the book of Zohar. On that day before Rabbi Shimon’s soul ascended, he revealed great secrets that allegedly had been given to Moses in Sinai Mountain but been forgotten, Rabbi Shimon said;

2) On the day of Lag BaOmer the epidemic that 24,000 students of Rabbi Akiva (Rabbi Shimon’s teacher) died from, stopped:

Though Rabbi Akiva was Rabbi Shimon’s teacher, Rabbi Shimon realized, maintained and sustained the teaching of his teacher “Love your friend as you love yourself” by implementing the Song of Songs line, obtaining, first “I love”, and then the desire directed “back to me“.

Unlike his teacher, Rabbi Shimon said that this “I” is the active power of love in life, and everything is secondary to the power of love. Because the desire is a consequence of the loving power, and not the reason.

Akiva vs The Romans

3) The Romans ruled in the land of Israel during the second century  Few people under the spiritual leadership of Rabbi Akiva and Bar Kochva rebelled against the Romans, they used camp fires on mountain tops as we now use Twitter account or SMS! On Lag BaOmer they won part of the battle. For this memorial every Lag BaOmer we light campfires all over Israel. 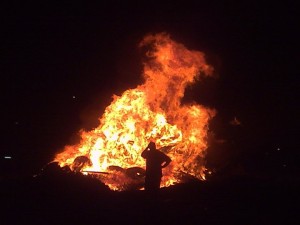 All of the above is not meant to be an exhaustive interpretation of the Lag Ba Omer but to give you a general idea of where this tradition comes from.

Each one of the aspects mentioned is just the tip of the iceberg and summarized here to encourage you to read and to search on your own.