In the time when the Romans governed the land of Israel, a group of Hebrew people rebelled against their sovereignty. And the occupant, challenged by the slightest resistance, amplified their forces in the country and besieged Jerusalem.

A part of the city’s residents wanted to surrender to the Romans, but a group of extreme radicals called Sicarii didn’t allow anyone to leave the city, even if everybody were to die from hunger – they were determined to withstand the siege.

Rabban Yohanan Ben Zakai,who was an important leader those days, went for a walk in the market. He saw the people of Jerusalem drinking straw tea and said: “These people who drink nothing but straw cannot possibly stand against the Roman Imperial Legions.” He understood from this that the city and the Temple in it would soon be destroyed and plunge his people into despair, annihilating a heritage of more than a thousand years within a few hours. Thus, he decided to take action. 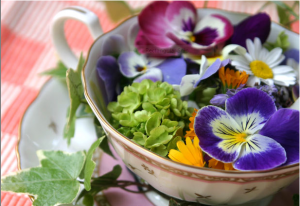 He called his nephew, Abba Sikara, who was one of the secret Sicarii leaders and told him, “Until when do you intend to fight against the Roman Legions and let everybody die from hunger?”

“What shall I do?” asked Abba Sikara, “If I tell them a word, they will kill me!”

“If this is so … ,” replied Rabban Yochanan Ben Zakai, “Help me to get out of the city!”

“Find a way to make yourself look very sick,” offered Abba Sikara, “Then, when everybody comes to visit you, they will spread the rumour that you are dead, for their eyes and brains are weakened from hunger. Afterwards, when you are already pronounced dead, your students will come and take you out of the city in a coffin, because only the dead are allowed to leave.”

And so he did.

His students came, lifted him out of his bed into a coffin and carried it onto the streets. At the city’s gate the Sicarii’s guards asked to stab the corpse. Abba Sikara, who was escorting the coffin, told them, “Please don’t do it, for the people will say ‘The Sicarii stabbed their teacher!’ and it will weaken our stand against the Romans.”

Not easily deterred, the Sicarii guards considered this and offered to shake the coffin instead, but again Abba Sikara told them, “Please don’t do it, people will say, ‘The Sicarii pushed their own teacher!’ and it will bring strife among our already weakened people.”

And that’s how the guards let Rabban Yochanan Ben Zakai’s coffin pass through the gates without further inspection.

Out of sight, Abba Sikara knocked on the wooden coffin’s cover and Rabban Yochanan climbed out. Somewhere in the outskirts of Jerusalem, he met the Roman troops and was brought before the Emperor. Persuaded by Yochanan’s character, he allowed him to join a Torah school in the city of Yavne, which up to this day has become known as one of the best.

Jerusalem eventually was conquered and its heart, the Temple, was ruined, but because of Rabban Yochanan Ben Zakai’s virtue, the Hebrew people didn’t forget their heritage but lived and prospered ever since.

Where the spirit will go, they shall go