And in the times of the judges, there was a famine in the country. And a man from Beit Lechem (( בית לחם House of Bread)) , Yehuda ((יהודה a region in the land of Israel which contains Jerusalem and Beit Lechem in it )) went to dwell in the fields of Moab (( Jorden of our time)): he, his wife and both of his sons.

Elimelech (( אלימלך  The king shall come for me)) was the man and his wife was Naomi (( נעמי, pleasant ))  and both their sons: Machalon (( מחלון :sickness or forgiveness))  and Kilyon (( כליון extinction )). Efratim (( אפרתים a >  from fruit meaning fruitful, b> a name of road or a neighborhood ))  from Beit Lechem, Yehuda. (( here the bible explains us step by step the family origins > efratim is the family or the neighborhood or a road, Beit Lechem is the city, Yehuda is the Region [the same way we write an address on an envelope, we zoom out from the individual to the general] )) They came to Moab fields and they lived there.

While being there, Elimelech, Naomi’s husband, died, and she was left with both of her sons which married Moabitan women. The first named Orpah (( ערפה from ערף which is a nape)) and the second was Ruth ((רות the same letters of the word Torah תורה )) . And they dwelled there for ten years.

When the hand of time bit them again, both sons, Machalon and Kilyon died too, and only Naomi was left, from her sons and from her husband.

After mourning and lamenting her dearests, Naomi turned back with her daughters in law from the fields of Moab to Beit Lechem following a rumour that God remembered his people to give them bread. 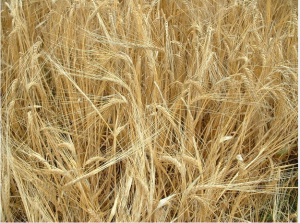 Naomi kissed them and they were carrying their voice crying saying we shall return with you to your people.

But Naomi urged, “Please, return my daughters, why shall you walk with me? Have I more sons in my intestine that they shall become your future husbands? Return my daughters, please go, because I am too old to be for a man, and let’s say that I have still hope and tonight I shall marry a man, and I shall bear sons, shall you hope for them until they’ll grow? shall you anchor yourselves to them?  Without being married to anyone? Please, don’t, my daughters, because when I see you, I feel I am looking into a bitter mirror because the hand of God came out in me.” 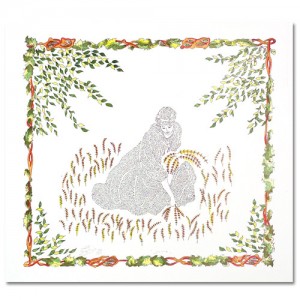 This is the place to say that when Naomi’s husband died she was a widow, but when she lost both her sons and her daughters in law were left widows as well, Naomi simply could not take it anymore looking at her daughters in law and watching herself reflected in them. This is the reason she is asking them to return; she does not want to look into a bitter mirror anymore. ((Please also note the beautiful wordplay that is taking place here: Mirror (מראה in Hebrew is a combination of two words מה +ראה> ma+ ra’ah =  what + he saw) we can also divide the word Mirror into two different Hebrew words Mi Ro’E’ מי רואה, meaning who’s looking. We know that a mirror is a transparent glass that is covered with silver color. Silver is a metal called in Hebrew כסף Kesef, in Hebrew it is also money; money or silver are just symbols to measure the distance between what I have and what I want to have: Naomi is looking into her daughters in law and sees her own reflection, her own belonging to what could have been and seen if her husband and both sons did not die, she looks at them like a person who is calling into an empty well, and the only thing that replies him is the ecko of his own voice returning back to him from the emptiness: with such scenery Naomi can not deal, so she turns back from Moab (Jordan of our times) where her life was bitter, and she turns with her face and faith towards Beit Lechem.))

Following Naomi request, Orpah kisses her mother in law for goodbye and turns back to Moab while Ruth is sticking with her. Naomi keeps asking Ruth to return like her sister in law to Moab and Ruth sais,”Please, don’t plead me persistently to leave you, to go back behind you: because where you go I shall go, and wherever you live I shall live, your people is my people and your God is my God. Wherever you shall die I shall die, and there I shall be buried, so shall do God for me and so He shall add, until death do us part”.

Naomi noticed that Ruth is making a of effort to go with her, so she ceased talking to her. And they went together until they came to Beit Lechem.

While they were facing Beit Lechem, the whole city started mumbling at them saying, “Is that Naomi ?” and Naomi replied, “Don’t call me Naomi, call me Mara מרא (bitter) because God embittered me a lot. I went as a whole (husband, two sons), and God brought me back empty. Why will you call me Naomi (pleasant), and God react in me, and worsened it for me? ”

And Naomi came back, and Ruth the Moabitan, her daughter in law came with her, from Moab fields. And they came to Beit Lechem at the beginning of the barley harvest.(( spring time, Passover))