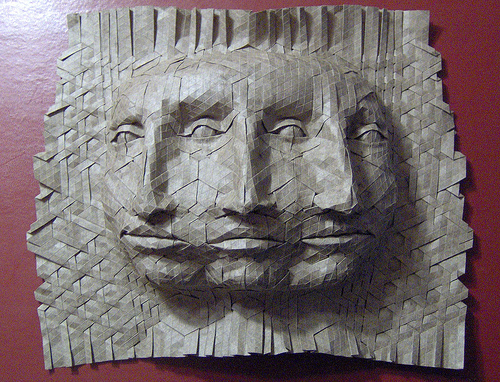 Recently I stumbled over an interesting Midrash that talks about the three names of a person. Here is the translation:

Three names had been given to the human being.

One – that his father and mother are calling him.

One – that other people call him.

And one – what he buys for himself.

The best is what he is buying for himself (meaning reputation).

Usually we call (mentioning by name) what, or who we miss or lack. Example:

Two people are sharing one table, one person asks the other,”Can you hand me the spoon please?”

So what do we have here? One person asks from another to hand him a noun. By mentioning the name of the noun, he mentions what he lacks, in this case a spoon. The other person who is recognizing the request, locates the spoon next to him and hands it to his friend. Meaning in order to get something that you want, the first requirement is to define what you want.

So how does this example connect us back to the Midrash with its different parts?

The name that the parents give to a child usually testify for their belongings and hopes and most of all their destination.

According to the Midrash, the name which is given to a child defines what the parents “lack” at that specific point in time of giving the name and also notes the distance that the child will have to cross while trying to reach out and embody the name that was given to him including the destination.

In this case the parents conceive the name.

What others call someone is the way they perceive him. They look at him, listen to him follow him (on twitter… :)), and the echo as well as the response they get from him they register as an impression from him: like a fruit that gives us an impression of the tree it is coming from.

And the name that a person purchases from himself by working daily and overcoming the waves and the ways of life using divine wisdom, this is the name he buys for himself, the name he receives from himself as a fee for his work in his lifetime.

Some rights reserved by origami joel