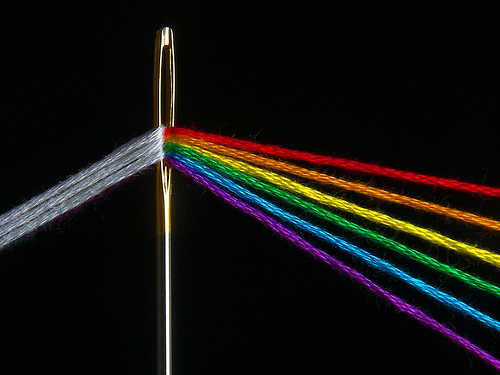 Rabbi Akiva was a shepherd who started his learning at the age of 40. During the time he became a student of Rabbi Eli’ezer the great, and with the other sages of his time (first- second century A.D) he led the Jewish community in the land of Israel under the Roman Empire.

He became a great teacher and had 24,000 students: all of them died in an epidemic.

After the death of his students he manages to move to the Galilee, and there at Somech Junction, he ordinates five new students to teach the Torah (heavenly wisdom) to the Jewish people, knowing that one of those five will become a leader.

The following story reflects the lively and loving way the teaching used to be held:

Once upon a time an atheist came to Rabbi Akiva and asked: “Who did create this universe ?

Akiva said:”He, The Blessed One”.

The atheist said:”Show me a concrete proof “.

On the next day the atheist came to visit Akiva.

and Akiva asked him:” What do you wear ?”

“Who did it ?”asked Akiva

“The weaver”, said the atheist.

“I don’t believe you, show me a clear evidence !” said Akiva.

“Don’t you know that Blessed He in Heaven created the universe ?”

The atheist insulted went on his way.

Rabbi Akiva students that were present the scene came and asked him:”what is a clear proof ?”

So Akiva replied:”Sons, as the house testify on his own builder, the garment on its own weaver, and the door on its own the carpenter: In the same way informs us The Blessed One, who sits in Heaven, that he created the universe.

Some rights reserved by aldoaldoz