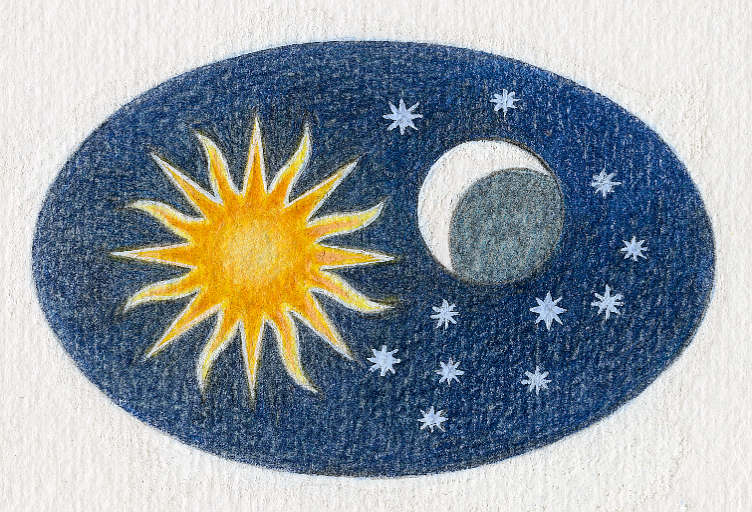 Joseph’s second dream and its interpretation

In his second dream, Joseph dreams that the sun, the moon, and eleven stars are bowing before him. Joseph speaks about the dream, at the presence of his father and his brothers while his father scolds at him saying: “Shall I, your mother and brothers will come to bow before you”?

This family conversation ended in two crucial points: a) After telling his dream, Joseph’s was envied by his brothers, b) his father, Jacob, kept his son’s dream in his heart.

Could it be, that Jacob was so wise, that he used the seen correlation between his other eleven sons, and the eleven stars in Joseph dream just as a hook, to flip the dream on Joseph, to cause him shame seemingly, in the presence of his brothers while in his heart he knows the dream interpretation?

In order to have any access to Joseph’s dream, we have to understand first, the relation between the sun and the moon, and in order to so, we have to elevate ourselves to the six days of creation, or specifically, to the fourth day of creation, in which in great lights were created.

Ancient lore says, that in the beginning the great light (the sun) and the lesser light (the moon) were equal in their height, in Hebrew, they are named Chamah חמה (Sun) and Levanah לבנה (Moon) while the name Levanah refers only to a full moon situation, when the moon is completely white.

Since the Levanah (full moon) complained that two kings can’t use one crown, (meaning the sun and the moon can not govern equally,) God told her to minimize itself, and it did, so to compensate over its minimization he gave her the stars.

The sun in lore symbolizes the whole creation as a system, while the moon symbolizes mankind in general. From the beginning God destine mankind a place of honor in the creation, to be God’s best partner, (two kings using one crown) but mankind did not want to share with God, mankind wanted to govern alone.

For that particular reason, a person who wants to govern others becomes lesser than the one he wants to govern, and with the word lesser we mean small minded, and since he is so small minded he needs the help of the stars to illuminate his darkness. Star in Hebrew is Kochav כוכב the numeral value of Kochav is 48 like the word Moach מח, mind in English.

To continue the conversation about Joseph’s second dream click here