Two brothers were in Jerusalem: One was married and had children, and the other was a bachelor. They were both farmers. As summer passed by, the brothers started collecting the wheat into their barns. After the sun set, the brothers went to theirs huts, but could not fall asleep. 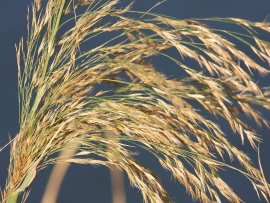 Though the brothers used  to work together during the days, none of them mentioned the happenings of the night before, they continued working happily in the fields, knowing in their hearts that the day is only a preparation for the giving night to come.

When the sky turned purple and deep blue, the brothers sat down to eat supper with sparks in their eyes. They were eating, drinking and talking, sharing the happenings of the day, while in each other’s heart there was only one wish: to give the other brother half of the wheat.

The happy meal was sealed with music and blessings for the good fortune they have. And each of the brothers went to sleep in his hut, waiting with anticipation for the great hour to come. As the northern wind started blowing on their harps that were hanging around their necks, whispering in their ears that midnight shall come, the two brothers stood up, each in his hut, and walked to their barns, piling sheaves to be moved to the others brother’s barn.

Some people say, that in the place where the brothers met that night, the temple was built, because a temple is a place, where two can meet.