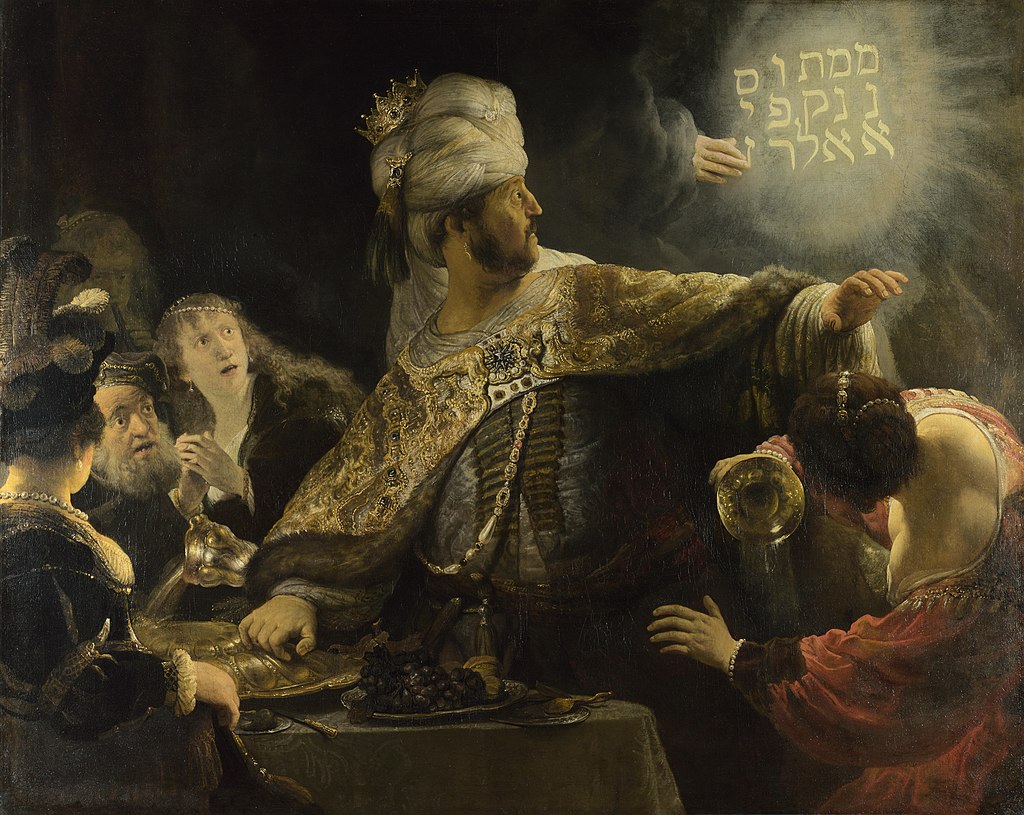 What is the source of the phrase “It Is Written On The Wall”?

In many places and many cultures all over the world, people are celebrating carnivals and wine festivals at this time of the year.

In the ancient kingdom of Babylon, there was a king named Belsazar, who made a wine party for all his ministers, wives and mistresses.

He commanded to bring to his wine celebration the wine vessels that his father took as a bounty from the temple in Jerusalem. Then he filled them with wine and drank with his guests and they drank to the value of stones, trees, gold, silver, and copper.

While all the guests were drinking a human hand appeared and started writing on the wall in Hebrew letters but in Aramaic (language) מנא מנא תקל ופרסין Mene Mene Tekel Ufarsin.

The king was horrified and the color of his face changed. The queen asked to call for Daniel the prophet who was taken as a bounty as a child from Jerusalem.

Rembrandt, the painter who knew the Hebrew letters drew them in his painting but not from right to left, but from up down.

Can you see the Hebrew letters written on the wall?