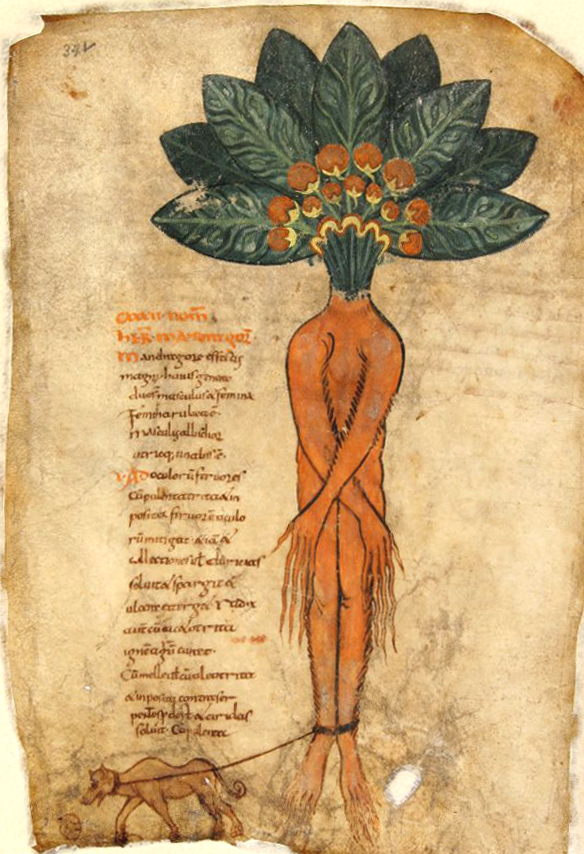 In the drawing, we see a plant named Mandrake, which symbolizes the unification between man and woman, or the unification between human and the source. Ancient Hebrew lore says that anyone who tries to pull this plant out of the earth will die. On the left bottom of the picture, we see a donkey in Hebrew Chamor which symbolizes the material world. In the lore, the donkey (the material preception) manages the pull out the mandrake from its natural surrounding and dies as a consequence.

The mandrake is mentioned in the Bible in Genesis 30:14 under the Hebrew name of Duda-im דודאים as a plant that has the ability to help people with fertility problems.