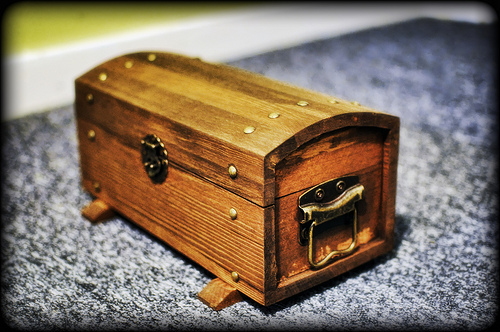 Rabbi Pinhas Ben Yair lived in a city in the south, when he met two people who were looking for a job and carrying two sacks of barley over their shoulders.

Since they didn’t want to drag these sacks everywhere they went, they asked Rabbi Pinhas Ben Yair to watch their load. Rabbi Pinhas agreed to keep their sacks, and the two men continued in their way.

When autumn came Rabbi Pinhas seeded the barley’s seeds, and in the spring time he harvested them and put them in a barn.

Seven years later the people came back asking for the their two sacks of barley. Rabbi Pinhas recognized them immediately and told them:”Come, take your treasures”.

Some rights reserved by Ben Beard