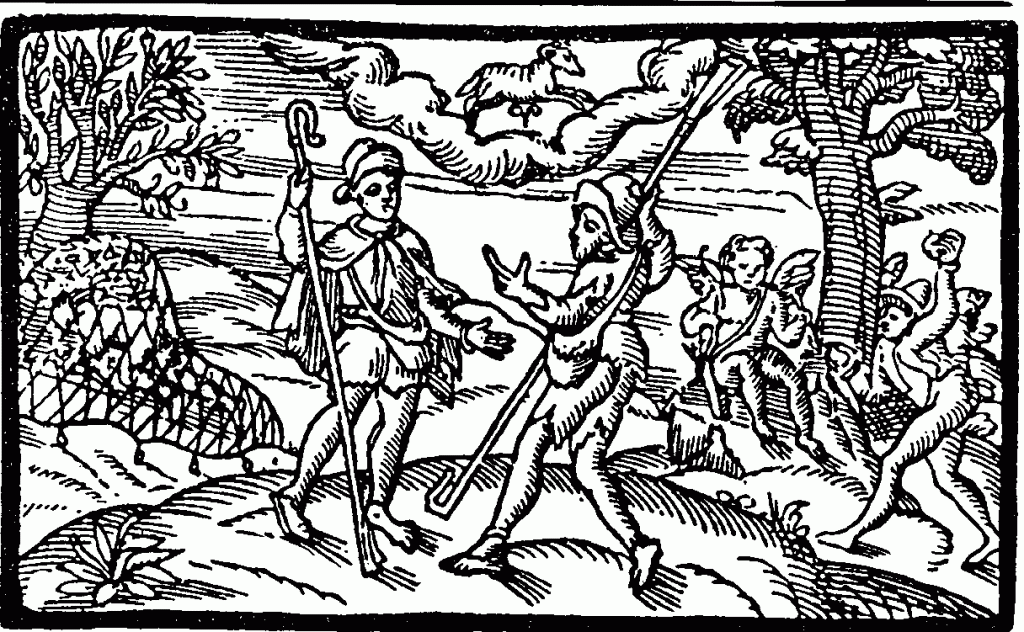 The Shepherd’s Calendar; March; Illustration to the Poem of the same name by Edmund Spenser, 1579; Black and White Illustration;

We have to take into consideration, that the ancient lore does not speak about biological sisters since the language of the lore is coded.

So what does the lore speak about?

By using the term “twin sister”, the lore means “perspective”. Cain was born short-term frequency with one perspective, he wants to see results, what does not bring results or outcomes he does not deal with. He cultivates the land, to see fruits.

Abel, on the other hand, was born with “two twin sisters”, meaning with two perspectives: He can distinguish between the short-term goal and long-term goal. Abel is a type of person, who will help a stranger navigating in a foreign city, while he is actually missing the current bus, and has to wait for the next one in a pouring rain. The warm feeling that expends in his heart while talking to a stranger helping him and giving him hope already brings him to his inner destination, in his mind, to home in the heart he has already arrived.

Join to the Facebook conversation about Cain and Abel here