Cain – the firstborn child after eating from the tree of knowledge, the first one to be named after the verb “Kaniti” קניתי in Hebrew, which means “I bought”.

The sentence that his mother Eve said when he was born was – “Kaniti Ish Et Hashem”, which means, “I bought a man from the Lord”, or “I have the asset/essence of the lord in my hand”.

In English, we have the noun “coin” which means a currency, a mean of exchange in which we use, in order to buy what we want. We give the coin and we buy a cup of coffee in return. 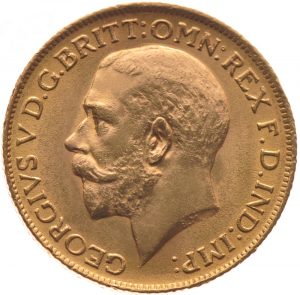 When we look at the following words we notice a relation between them. For example, we see a relation between the verb “Kaniti” (I bought in Hebrew) to the name “Cain”, to the noun “Coin” in English, a currency which enable us to buy things, to the word “King”, (the sound of the letters who has traditionally the greatest power of buying.

We usually buy things that we don’t have, so it means we buy something which is external to us. Eve said:”Kaniti Ish et Hashem”, which means I bought The man From the Lord”, because she is a woman, and she gave birth of someone different than her, of someone is not like her.

What does it mean?

In Hebrew, a man is called “Ish” איש Aleph, Yod, Shin. The root letters are – Aleph, Shin. In Hebrew Aleph Shin אש create a word which means fire. When Eve said: “Kaniti Ish et Hashem”, she means: “I bought a fire from the Lord”.

By giving Cain his name, Eve also gives him his destination, he will become “Oved Adama” a person who cultivates the land, he will develop tools that shall assist him with his work, and also he will develop envy for his twin brother, Abel.

The envy is also rooted in his name how? The verb Kana (bought) in Hebrew, is written the following letters: Kof, Nun, Heh, while the verb Kineh קנא (envy) is written in Hebrew by the letters Kof, Nun, Aleph.